Death of a Legend: Saying Goodbye to the Antonov An-225 Myria

HISTORY
The Antonov An-225 Myria was the largest airplane in the world from its assembly in 1985 until its destruction in 2022. The holder of several world records for size and weight, the airplanes nickname, “Myria,” means “dream,” or “inspiration.” The plane was designed by the Soviet Union (USSR) to transport parts for their space program. While only one example was ever completed, the USSR began to develop a second An-225, but the project was abandoned with the collapse of the USSR in 1991. The project has been revisited several times since then, but the second An-225 remains unfinished to this day.

The Antonov An-225 has been a symbol of Ukraine and Antonov’s prowess in the aviation industry, and its destruction has proved to be a heartbreaking event for the country of Ukraine, Antonov, Ukrainian sympathizers, and the aviation community.

MOVING ON
Despite Russia’s continued ruthless attacks on Ukraine and the destuction of the An-225, the Ukrainian government has maintained a strong confidence in their abilities to defeat Russia and defend their homeland. Ukrainian Foreign Minister Dmytro Kuleba Tweeted, “Russia may have destroyed our ‘Mriya’. But they will never be able to destroy our dream of a strong, free and democratic European state. We shall prevail!”

No matter the outcome of Russia’s invasion or which airplanes will claim the Myria’s title in the future, the Antonov An-225 will always have a place in our hearts as one the greates airplanes of all time. Rest in peace, Myria.

I do have good news, an article from Bloomberg said:

Restoration of the aircraft, known as Mriya, will take more than five years at a cost of over $3 billion following the attack, Ukroboronprom said in a statement dated Sunday, adding that it aimed to ensure Russia covers the costs.

So it sounds like the original may just fly again one day. It’ll just take some time.

Hopefully so! $3 Billion though, that’s crazy.

It may be a lot, but the AN-225 is:
A: Massive
And B: One of a Kind(for now, if they ever finish that seconds one that they started)

Okay, I had an inner conflict on what to put here. Supertanker didn’t quite work, but I wasn’t sure what else to put.

TBH I would have probably just said the World’s Largest Airplane. As the world probably can’t have a favorite airplane as each persons opinion will differ.

if they ever finish that seconds one that they started

I doubt they ever will. The aircraft began production in the 90s, and all the systems would be extremely outdated.

you never know, it may happen, IIRC they briefly resumed the construction of it in 2006, but it didn’t last long. But I also said if, so it remains to be seen what will happen to it.

True. I was just trying to be nice to it lol

Well that’s some good news! Hope that it happens 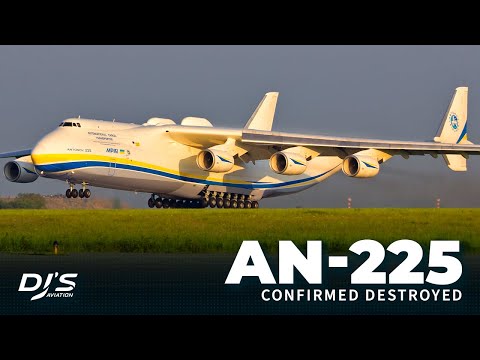 The biggest plane in the world "Mriya" (The Dream) was destroyed by Russian occupants on an airfield near Kyiv. We will rebuild the plane. We will fulfill our dream of a strong, free, and democratic Ukraine. pic.twitter.com/Gy6DN8E1VR

Here is a Twitter thread with some analysis of the image. Most of the airframe appears to be under undamaged sections. Now, this doesn’t mean it got away without damage, but the likelihood I believe exists.

Yeah, some repairs will be necessary. But it’s nice to see that it didn’t get completely destroyed.

Antonov is asking for donations to get the An-225 into the air again. The world's biggest plane was destroyed in the early days of the Ukraine invasion. Until now, Antonov has remained relatively circumspect about its flagship aircraft. But late on Thursday, Antonov CEO Sergii Bychkov acknowledged the An-225's destruction while kickstarting a campaign to revive the plane.

This is a companion discussion topic for the original entry at https://simpleflying.com/antonov-an-225-rebuild-fundraiser/
3 Likes
next page →