Why Is British Airways Proposing A New Airline At Gatwick?

British Airways ceased short-haul flying from London Gatwick in April 2020, focusing instead on Heathrow. Although discussed for years, it has been revealed that it may create a lower-cost unit to operate from Gatwick, enabling a more cost-effective platform to compete more successfully. We take a look at the situation.

This is a companion discussion topic for the original entry at https://simpleflying.com/british-airways-gatwick-proposal/
Earagail December 14, 2021, 4:30pm #3

Honestly, I don’t think this would work all that well. I feel they would still be more expensive than competitors such as easyJet and it just wouldn’t work out.

British Airways today officially launched its new short-haul subsidiary due to operate from London Gatwick Airport starting in March. Tickets for the subsidiary, known as BA Euroflyer, went on sale today, with 35 destinations making the initial cut. The new subsidiary comes as British Airways seeks to remain competitive at an airport dominated by low-cost carriers.

This is a companion discussion topic for the original entry at https://simpleflying.com/british-airways-launches-its-london-gatwick-short-haul-subsidiary/
SimCaptain December 16, 2021, 11:32pm #6

Why are they classifying a 2K mile route as a short haul flight? Half of these flights aren’t short haul. 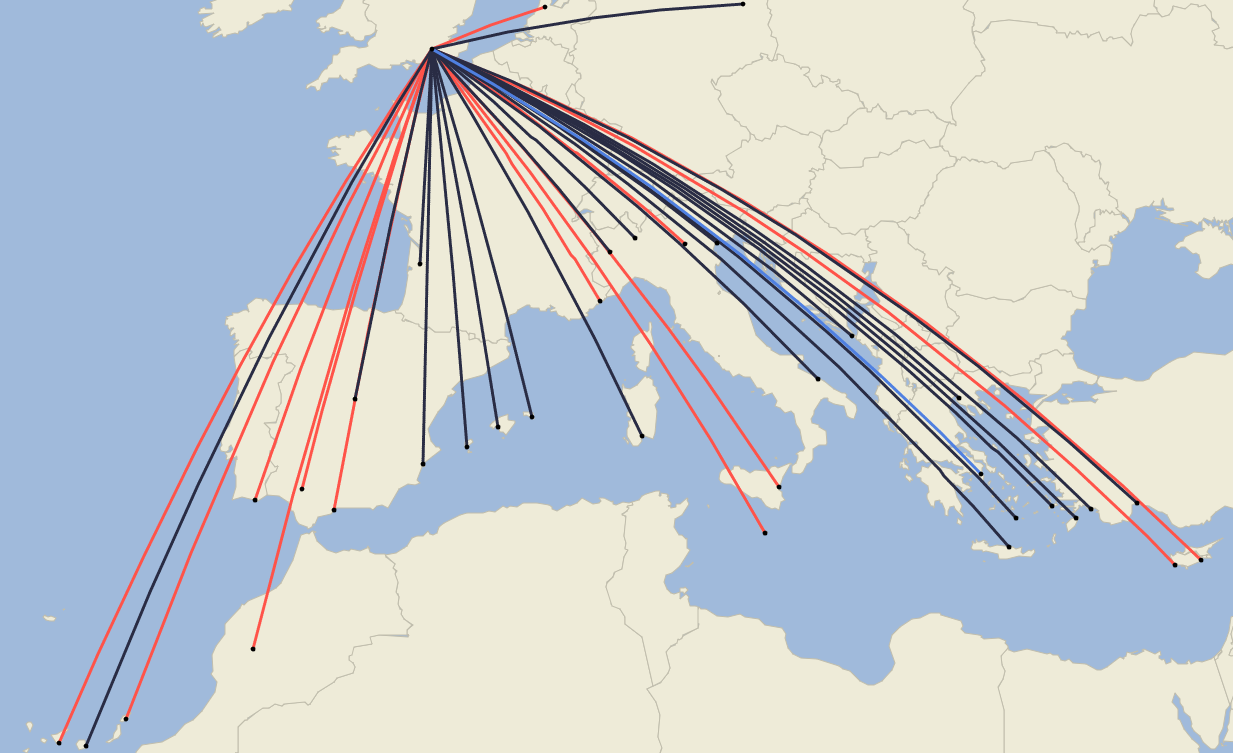 Basically I think its a bad move. BA Euroflyer will face competition on 97% of its routes (simpleflying) in addition, British Airways has regularly underperformed financially at Gatwick. So together it’s probably not a good idea. Although it might surprise us…